A few days ago, an ad published by the Marine Fisheries Department appeared on my Facebook feed. The ad listed a number of jobs available in the federal department. The top jobs listed on the ad had the eligibility criterion of ‘Domicile: Punjab’ written next to them, meaning only those hailing from Punjab could apply for them; whereas low-level jobs such as the sweeper, the watchman, and the messenger, were open for application to Gwadar locals. It is pertinent to note here that these jobs are based in Gwadar.

Gwadar has a literacy rate of 40%, which is a lot more than the average literacy rate in Balochistan. There are nearly 1500 graduates in Gwadar district. This isn’t the first time they have been completely ignored in federal job listings and this trend is leaving them disappointed and hopeless.

One example of this hopelessness was manifest last year when the Oman army came to recruit soldiers from Gwadar. Although the minimum educational requirement for the recruits was Matriculation, many highly-qualified youth with MBA (Masters in Business Administration) and Engineering degrees were seen hanging around the recruitment drive, trying to land the job.

Latif Basham, who is from Gwadar, has an MBA degree and has been selected into the Oman army. When asked why he chose this career, Latif says,

“I did my MBA in 2011 but I am forced to take this step because their are absolutely no jobs and the ones that are available require the recommendation of influential individuals.”

“I did my M.Sc. from Gwadar in 2013 but I am still jobless. People in my area have stopped sending their kids to school and put them to work instead now.”

It must be noted here that in the past too, jobs in Gwadar Port Authority were open for application to residents of Karachi and people from other provinces while locals were deemed ineligible for these jobs. Gwadar Youth Forum protested over this and the Port Authority cancelled the jobs as a result.

The government functionaries say that the federal jobs quotas are allocated to provinces on the basis of their population ratio. As a result, Punjab ends up grabbing a major share while Balochistan has the smallest portion of the quota. Legal experts says that one of the ways to resolve this problem is to hand province-specific departments to the provincial governments, so that locals can have a chance at the jobs located in their region. 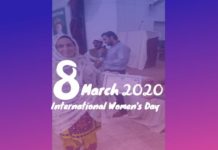 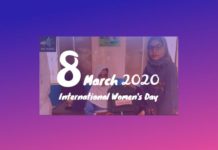 Zargul Zubair: The face of women empowerment in Turbat 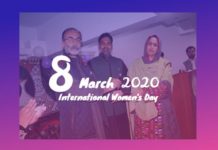